If you’re looking for a Jewish Tour in Lisbon, this is our most complete offer. Our Tour departs from the centre of Lisbon to visit places full of history. Come along and get in touch with the Jewish part of Portuguese culture!

The old Synagogue of Tomar was built in the middle of the XVth century. It ceased to be used as a Jewish temple in 1496 due to the expulsion of the Jews then ordered by D. Manuel I.

In 1923 it was purchased by Samuel Schwarz, who paid for the cleaning and excavation costs, having donated it to the State in 1939, on the condition that a Portuguese and Jewish Museum was created therein. It is believed that the Jewish Quarter was in a street with Closed Doors, with a “guard”, who closed the doors at sunset, and probably opened them at down.

This is a very interesting tour for Jews and not only, as it is aimed at revealing the history of the Sephardic Jews in Portugal and Spain, their contribution to economic, social and cultural progress, the result of their expulsion from Portugal resulting from the denial of Christian religion and the difficult moments of the Inquisition.

In Belmonte we will find the sole Jewish population that survived intact until now in the Iberian Peninsula.

Belmonte Castle, dating back from the XIIIth century, was the residence of Cabral family and the place of birth of Pedro Álvares Cabral (responsible for the discovery of Brazil).

An important Jewish community settled in Belmonte, and it was significantly increased in the XVth century when the Catholic Kings of Spain published the Edict of the expulsion of the Jews in 1492, which would be followed by the king of Portugal in 1496.

The Jewish Museum of Belmonte pays a tribute to all Jews who for centuries resisted to intense persecutions and to their importance in this history of the town itself.

The Discoveries Museum is located in the ground of Manor of Cabrais, the old residence of Cabral family. It takes us in an interactive journey through the 500 years of the discovery of Brazil.

Zêzere’s Eco-Museum occupies another historical building of Belmonte: the old “Tulha” (barn) of Cabrais. With a pedagogical function, it is possible to follow all the course of Zêzere River from its source to its mouth, with details on its flora and fauna.

The Olive Oil Museum presents the techniques of Olive Oil production and the importance it has to the local economy.

Once in Trancoso, we will walk in the streets of the old Jewish Quarter. We can see typical Jewish houses, the Well of the Master and the House of the Black Cat, which is maybe the most emblematic Jewish house in town, where we believe the Rabbi lived and the synagogue of the community was.

The Jewish Culture Interpretation Centre of Isaac Cardoso, a Jewish doctor who lived here in beginning of the XVIIth century, has an exhibition room, a memorial of the victims of the Inquisition and a small synagogue for the cult of the Jewish visitors called ‘Beit Mayim Hayim’ (House of the Living Water), inspired in the Synagogue of Tomar.

The house of the Bandarra, Gonçalo Anes Bandarra, famous poet, prophet and shoemaker who was born and lived in Trancoso, in the XVIth century, he composed songs of divine and prophetic inspiration based mainly on the Old Testament, for which the Holly Office of Lisbon took proceedings against him in 1541.

Already in Castelo de Vide, we will visit the so-called “Synagogue”, but with the appropriate name of “BEIT-HA – MIDRASCH-SEFARDIN”, a place for cult, whose exact foundation date is not known. It is located in Rua da Judiaria, or Rua da Fonte, where we can see the millenary tradition of doorpost marking.

The house of the Tax Collector became of public interest, as he was responsible for collecting the taxes from the Jews, and stored the revenues in his coffer.

The Fountain of the Village is the Ex-Libris of Castelo de Vide. It is integrated into the Jewish Quarter and deserves that we stop, contemplate it and do some reflection.

Again, our Jewish Tour Lisbon ends in Lisbon. At the end of the second day, you return to Lisbon with drop off at the hotel. 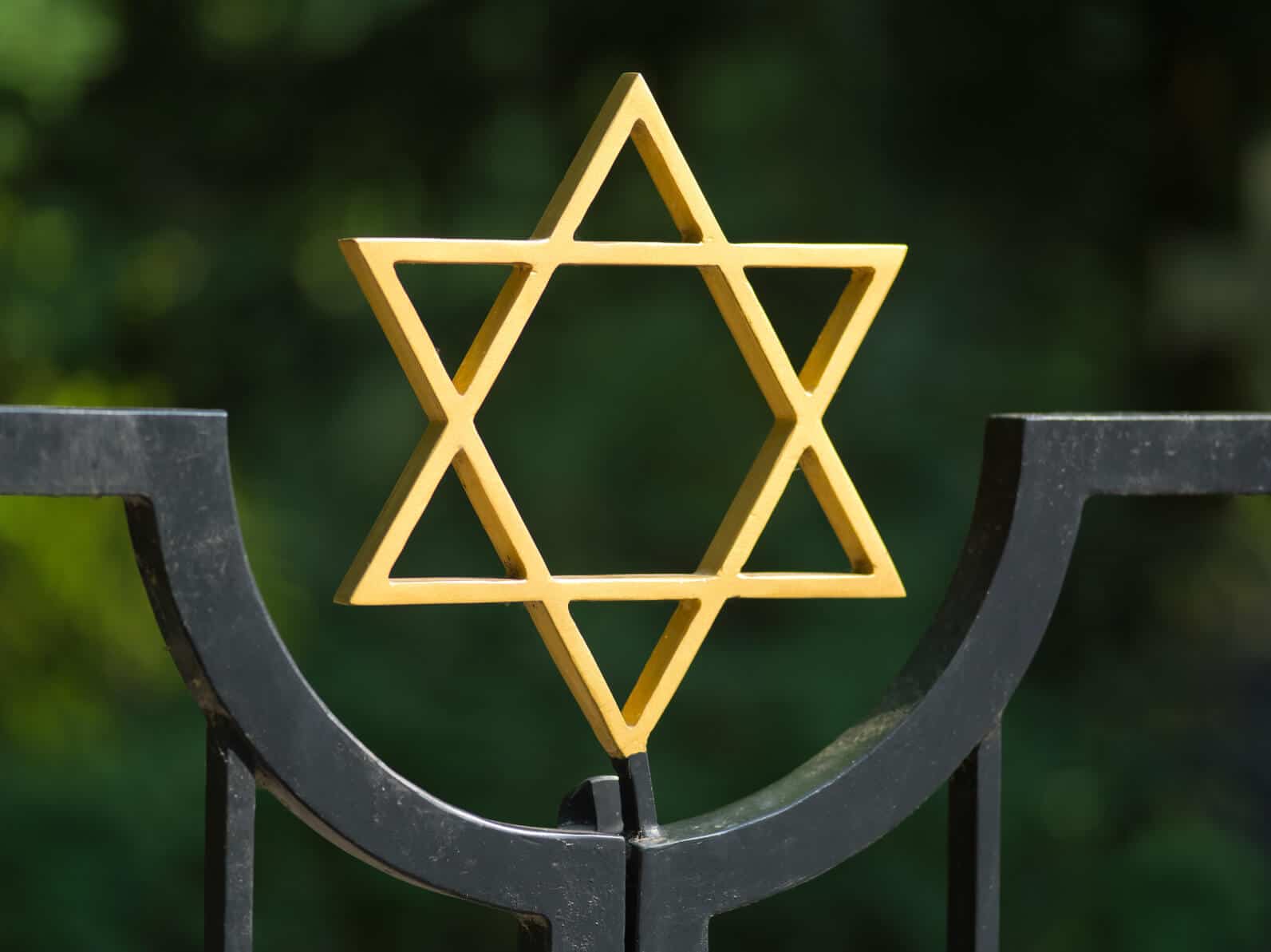 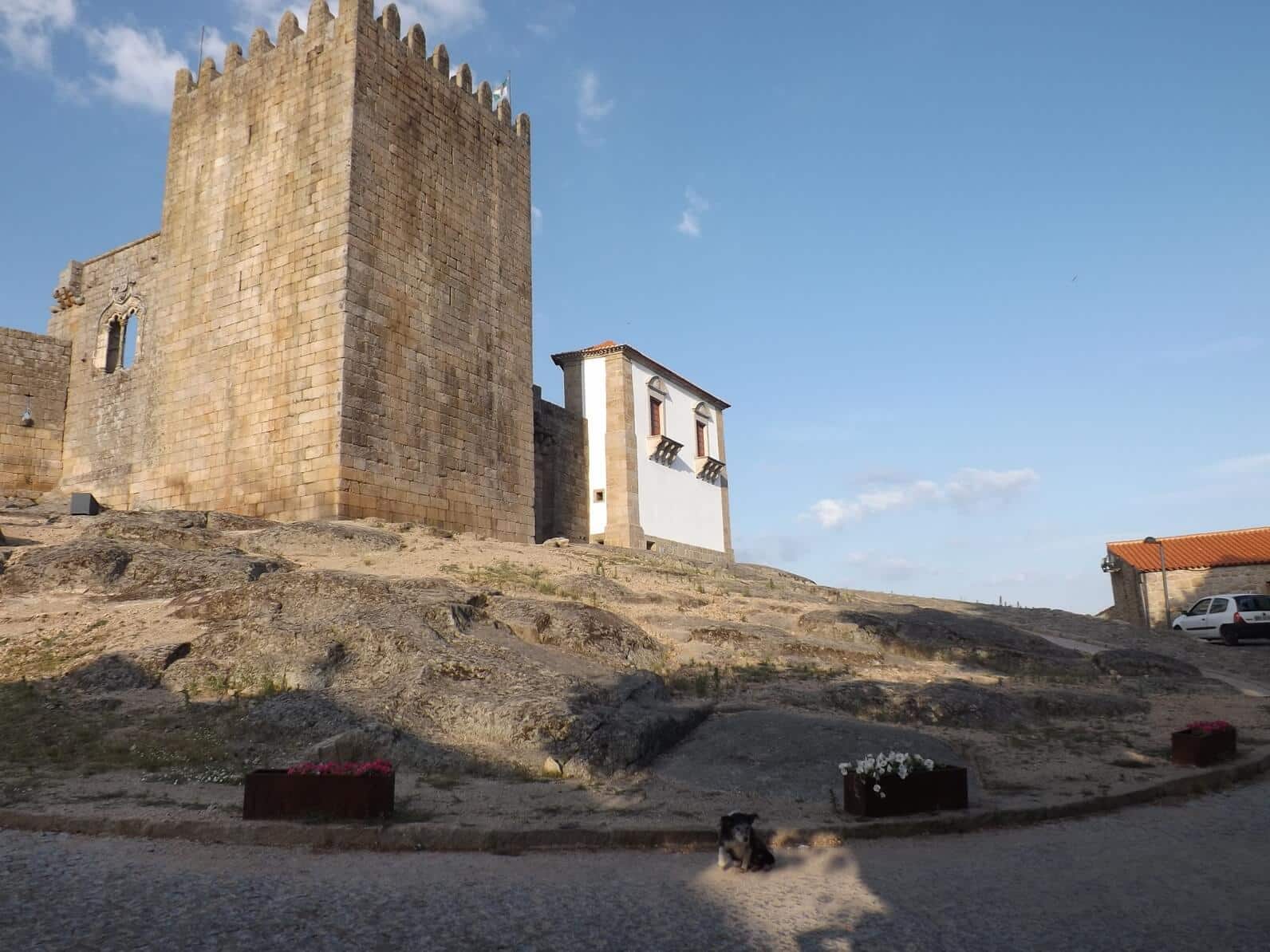 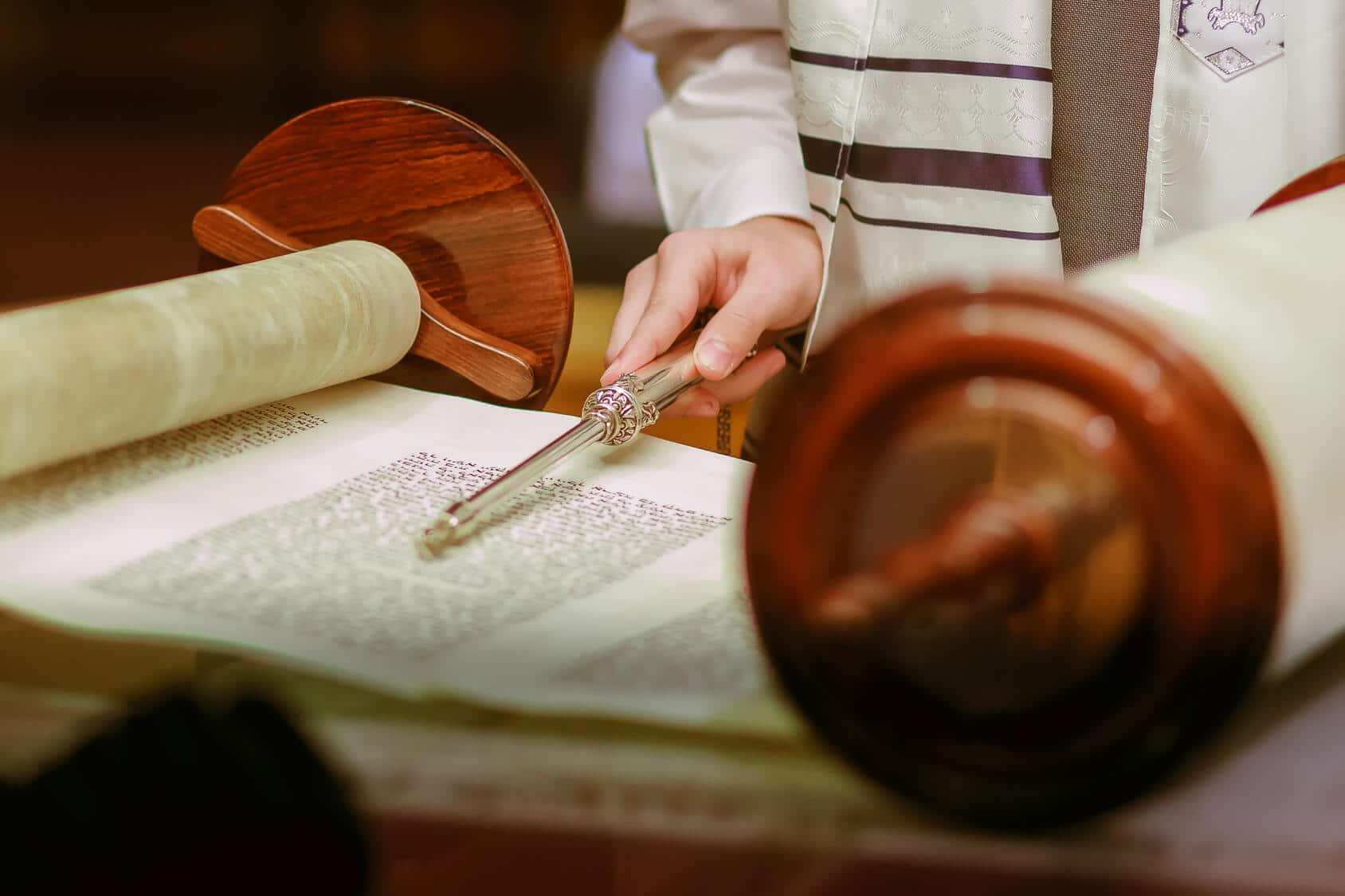 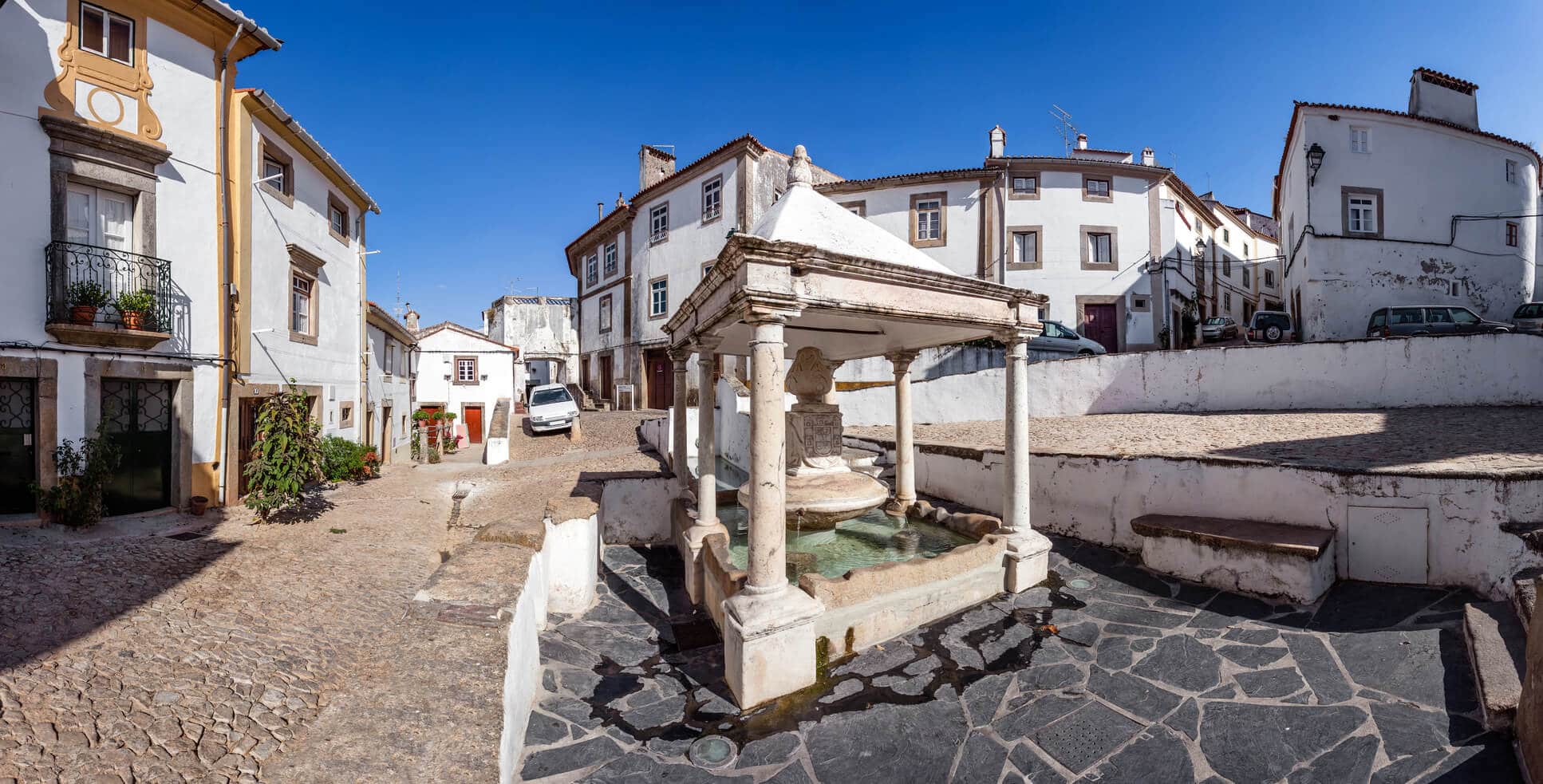 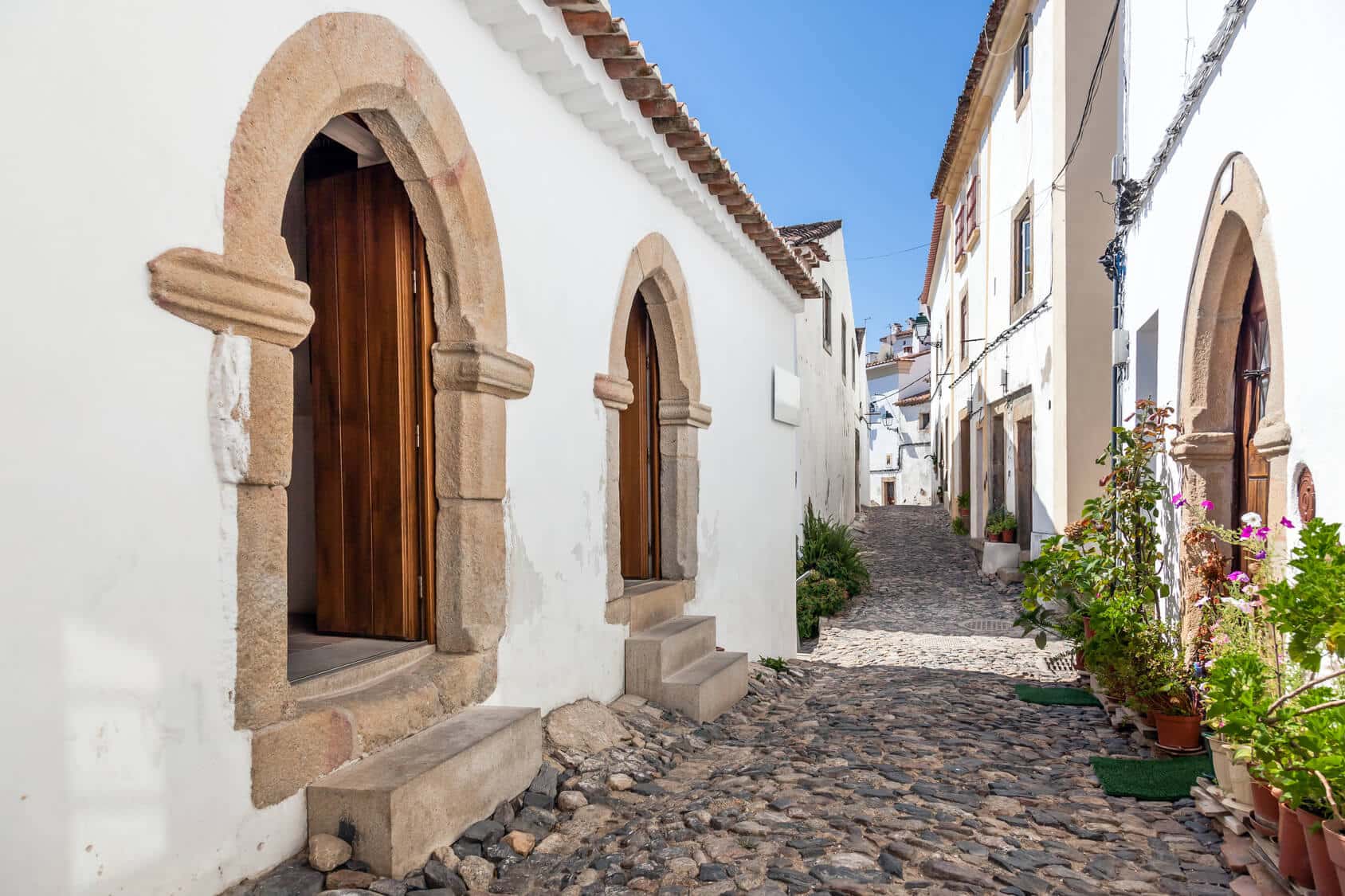 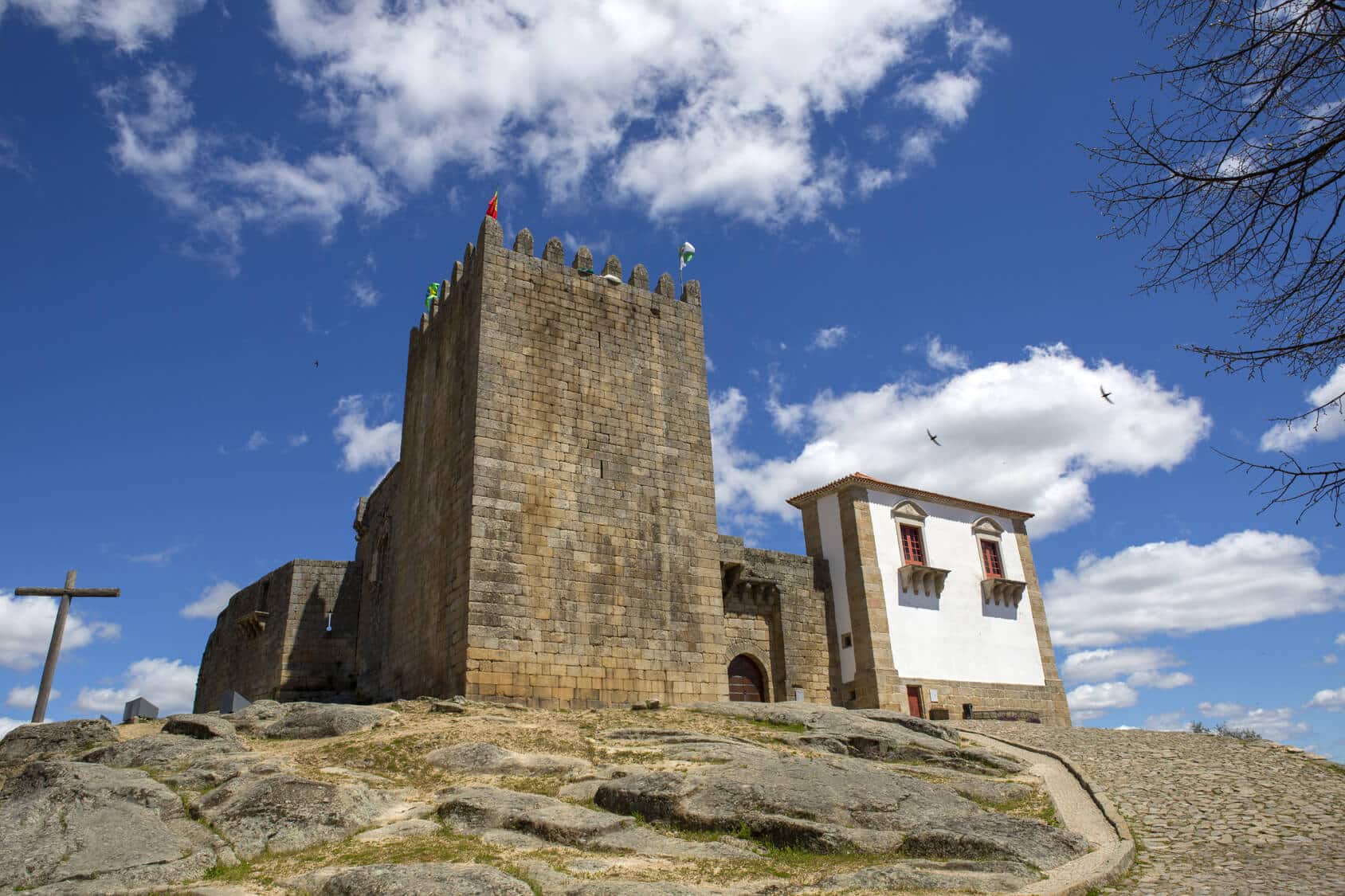 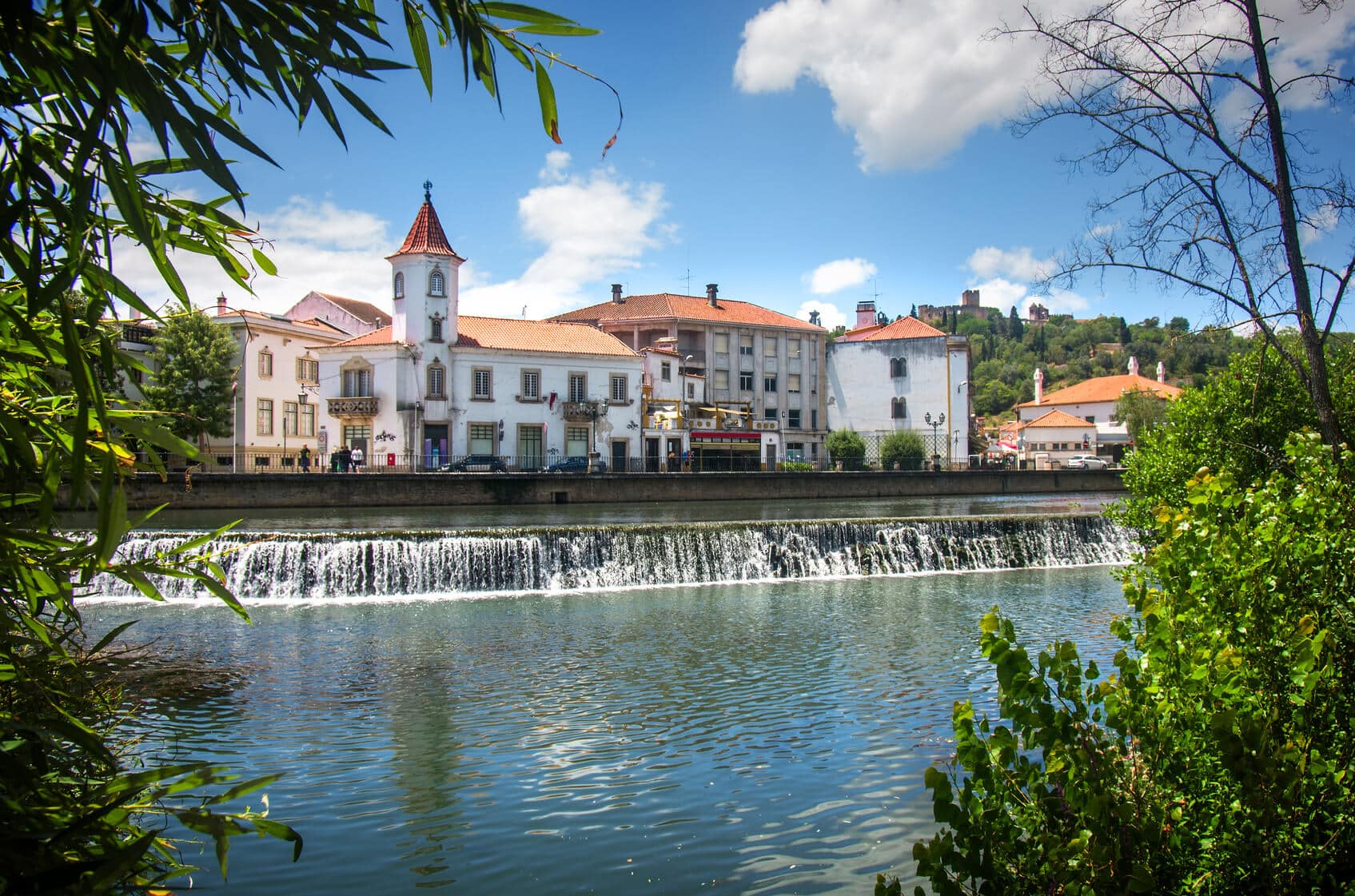 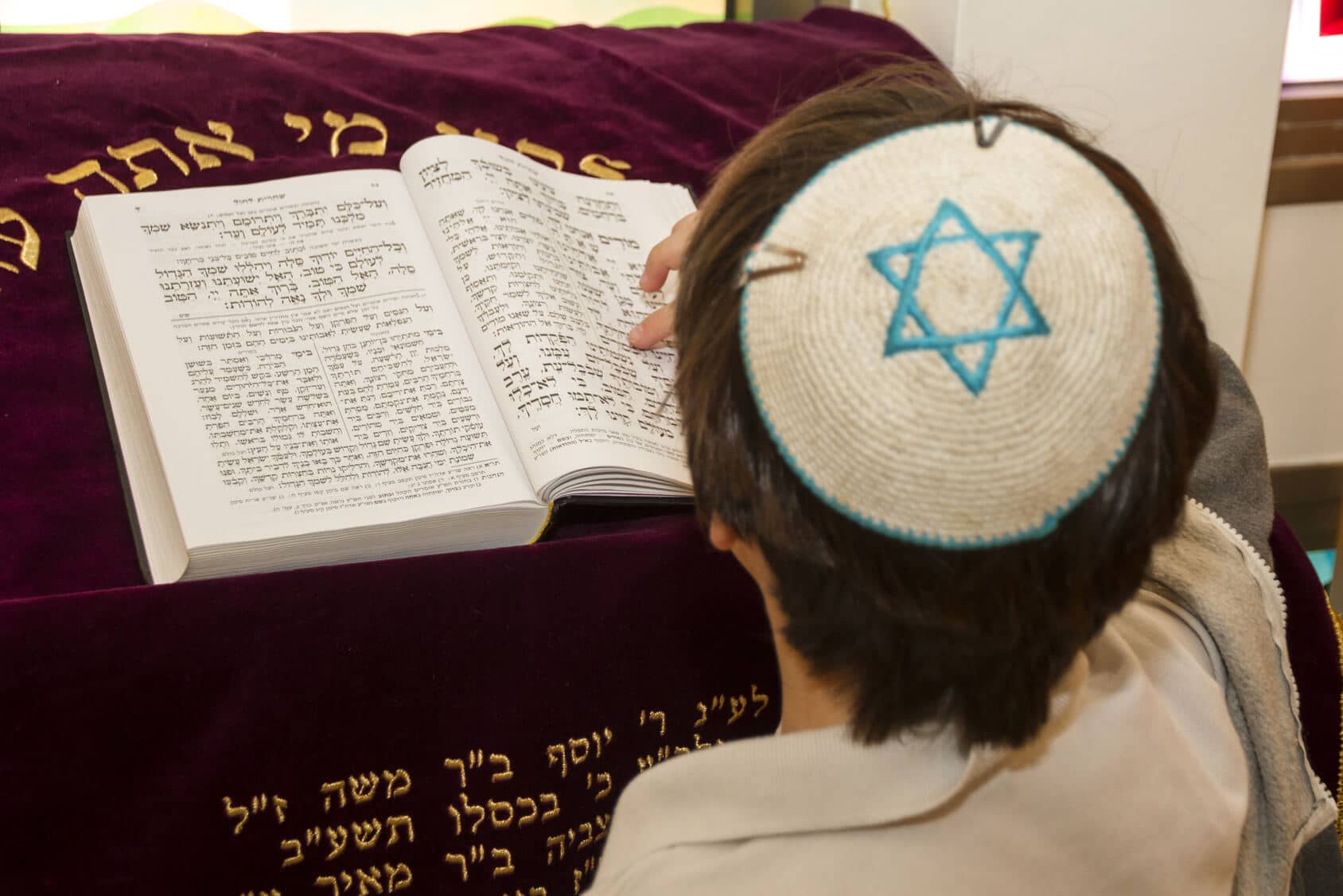 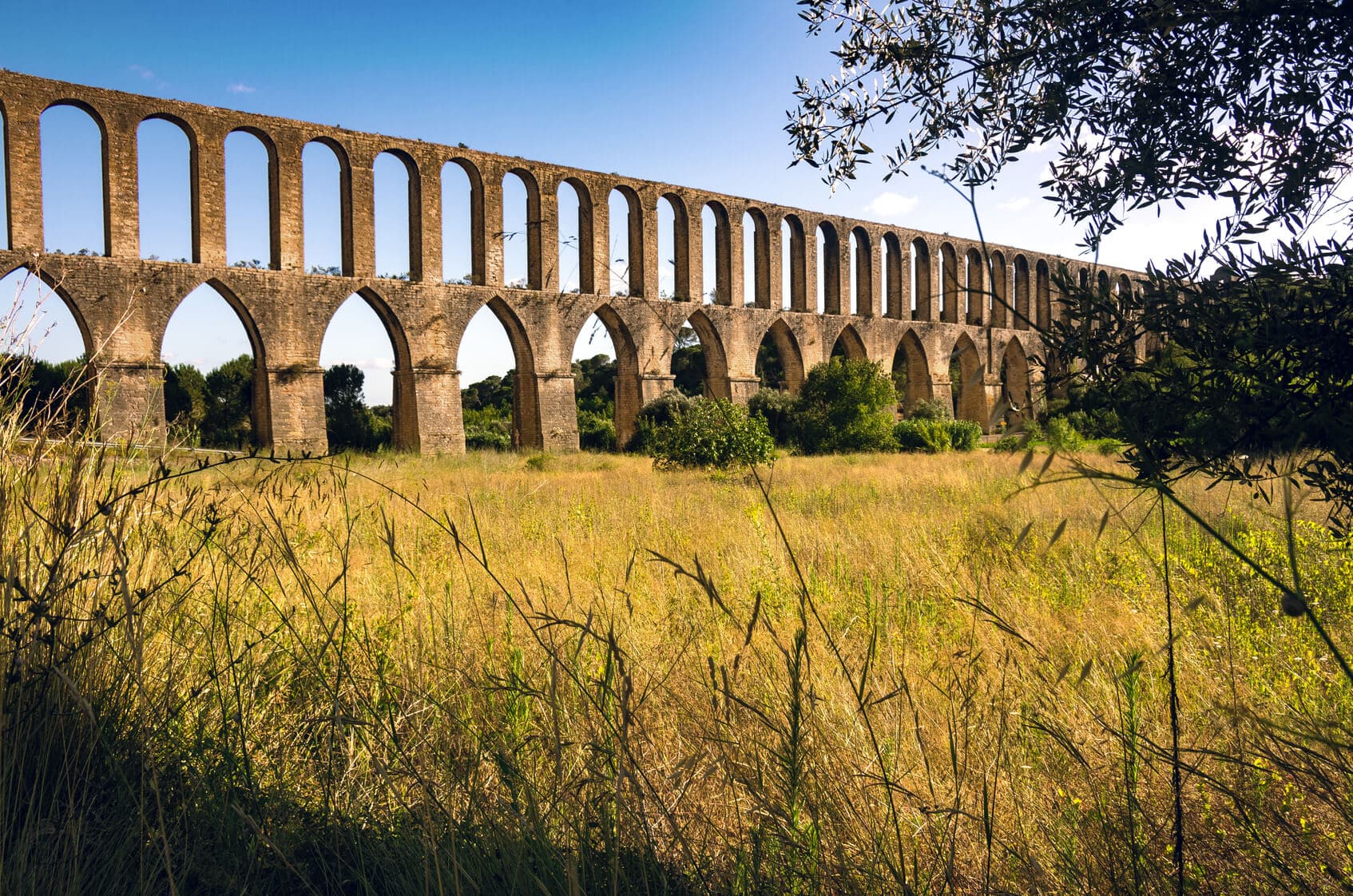 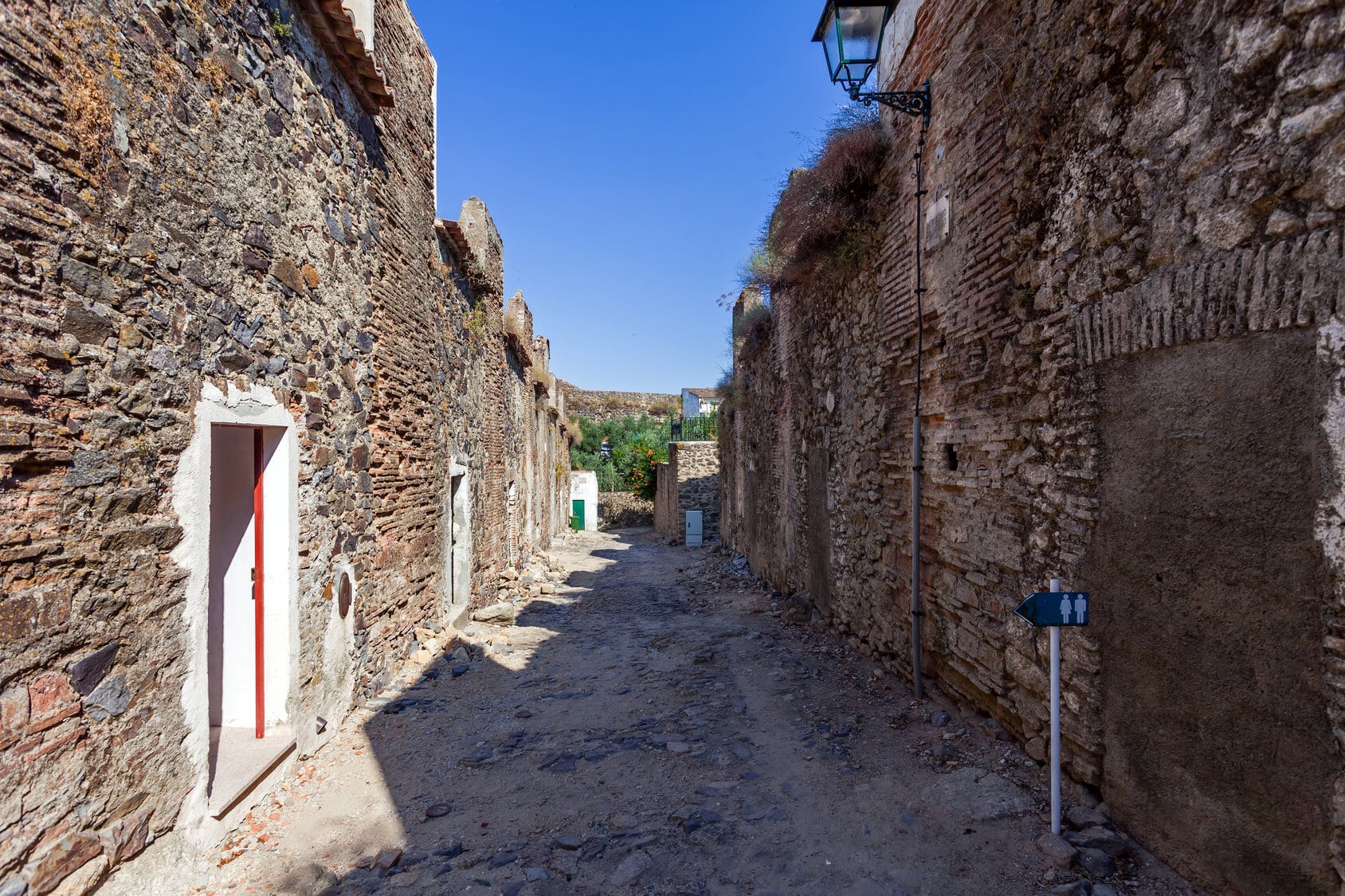 All the prices are presented per person

All the tours and experiences presented require a minimum of 2 participants.

Our tours are made in vehicles Mercedes, and the maximum number of participants is seven.

The departure for all tours is from the City of Lisbon. Any pick-up or drop-off outsider the city of Lisbon will be subject to the payment of an extra fee. The pick-up and drop-off place must be indicated by the client upon reservation of the tour.

In case baby car seat tare necessary for the transport of children, they must be requested upon reservation or up to 48 hours before the tour.

In case one or more passengers suffer from a special condition, this must be communicated upon reservation of the tour.

Van Go Tourism assumes no responsibility from items or personal belongings left in the vehicles or at the places visited during the tour.

Van Go Tourism cannot be liable for delays occurred due to the traffic or weather conditions.

It is not allowed to smoke or drink alcoholic drinks in the vehicles. Stops for that purpose are made at the request of the client, provided that the guide considers it to be possible and that it does question the execution of the tour.

Van Go Tourism is an environment-friendly company, and therefore we ask our clients not to through any object or waste through the window or during the walks.

All the prices include VAT.

In case of non-private tours, more than one language can be used, depending on the nationality of the participants.

Included in the Tours

Guide in the selected language – Portuguese, English, French and Spanish
Pick-up and Drop-off in Lisbon
Transport in air-conditioned vehicle
Personal and accident insurance
Wi-fi and Water aboard
Parking, Fuel and Tolls

Not included in the Tours

Tickets for monuments and museums
Meals and drinks
Personal expenses

The execution of all tours always requires the previous confirmation from Van Go Tourism.

The remaining 75% shall be paid until 48h before the Tour. In case of non-payment, the tour will be cancelled and will not take place, and there will be no refund of the mounts already paid.

Any cancellation must necessarily be sent to e-mail booking@vangotourism.com expressly indicating the tour to be cancelled.

For any cancellation made until 7 days before the tour, you will be refunded of the totality of the reservation fee.

For any cancellation made between 7 days and 72 hours before the tour, you will be refunded of 50% of the value of the reservation fee.

For any last-minute cancellation made 72 hours before the tour, you will not be refunded of the reservation fee.

Scroll to top
Are you sure about this?